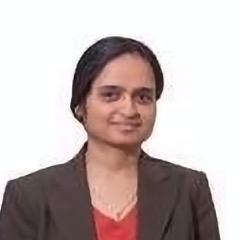 Shailaja Paik is Associate Professor of History at the University of Cincinnati, and the author of Dalit Women’s Education in Modern India: Double Discrimination (London and New York: Routledge, 2014 ). Her first book  examines the nexus between caste, class, gender, and state pedagogical practices among Dalit (“Untouchable”) women in urban India. She is currently working on a National Endowment for the Humanities–American Institute of Indian Studies funded project that focuses on the politics of caste, class, gender, sexuality, and popular culture in modern Maharashtra. Paik has published several articles on a variety of themes, including the politics of naming, Dalit and African American women, women’s education, and new womanhood in colonial India in prestigious international journals. Her research over the past twenty years has been funded by Yale University, Emory University, Warwick University, Charles Wallace India Trust, and the Indian Council of Social Sciences Research, among others. Her scholarship and research interests are concerned with contributing to and furthering the dialogue in anti-colonial struggles, transnational women’s history, women-of-color feminisms, and particularly on gendering caste, and subaltern history.

During my undergraduate years in India, I was preparing for the UPSC exams. The exam focused on an in-depth study of two major subjects and also had a general knowledge component. Most students appearing for these state and national level exams selected History as their top choice. So, I decided to follow suit. In addition, I had a wonderful teacher during undergraduate college. She was responsible in creating  the love for a deeper history based on the perspectives and works of different scholars. She introduced me to classic texts and scholars of Indian history. I also decided to pursue my MA in  History. Since I was trained in History it was my first choice when I applied for my PhD at the University of Warwick, UK. However, as I familiarized myself with different disciplines such as Women’s Studies, Sociology, and Anthropology, I wanted to combine different disciplines and especially ethnographic fieldwork along with archival investigation. For my PhD I decided to investigate the hitherto unexamined history of Dalit women in modern Maharashtra.

I received my first fellowship to conduct research on Dalit women from the Indian Council of Social Sciences Research. In order to apply for the fellowship, I conducted a survey of available literature, as it is referred to in India, and I also started connecting with Dalit women in Pune. While I was doing this, I found that there was a serious lack of in-depth qualitative research and historical studies on Dalit women. Hence, I embarked on finding out more about their lives. Most important, my research also helped me establish deep connections  with my own Dalit community and real people. Women and men I interacted with were very proud that I was studying our Dalit lives. They were being recorded as historical actors for the first time and this was an exciting moment for all of us. Along with archival research, I conducted life history oral interviews with more than 150 women from different Dalit castes. I incorporated different methods—close reading of archival documents, life history interviews, participatory research, and so on to conduct an inter-disciplinary study of Dalit women’s worlds. I published my first book and several articles in prestigious journals focusing on different aspects, including education, the politics of naming Dalits, building solidarities between Dalit and African American women, the social life of Tamasha performance, and so on.

3. What is your current research project?

Currently, I am working on my second book project that focuses on the politics of caste, class, gender, sexuality, and popular culture. Once again, building on my skills and interests, I have conducted archival research and oral interviews in Maharashtra.

My work is certainly significant for both scholars and the larger society. I am writing, lecturing, workshopping, and teaching about a variety of issues central to the history, politics, culture of South Asia and beyond. My work makes significant contributions to Dalit studies, India studies, Asian studies, Women, gender, and sexuality studies, colonial studies, oral history, and so on. The focus on the most deprived Dalit women allows me to connect with a variety of marginalized groups, for example African American women in the US to work on the “most inclusive and productive politics, developing of new feminist frame­works, and critical decoding of systemic power structures. Such an exercise of building bridges may allow African Americans and Dalits to effectively share their experiences and struggle together for an inclusive, deeply democratic, transnational politics” (as I’ve noted in my book Paik, Dalit Women’s Education, 2014). My work has built bridges between academics and activists. Some NGOs have used my book for argue for the right to education and information for disadvantaged communities.

I would like to work on my mother’s biography. She has written a few pages. I would like to work with her. I would also like to translate my first book into Hindi and Marathi languages, so that the women I engaged with and the larger non-English speaking audience has access to the main findings of the book.

Only recently, feminists have started producing a deeper analysis of the interlocking structures of gender, history, sexuality, caste, and class (my book emphasizes these connections). We need to build on existing and emerging work in this area. Although scholars have begun to work, there is a lack of historical studies on women from certain communities, such as adivasis, Muslim, Brahman, and so on. There is also a lack of serious conversation on building solidarities between feminists from different ethnic, gender, and class backgrounds or between academics, artists, and activists.

A big problem is that there is a lack of conversation between historians and non-historians as well as between historians focusing on different periods of history and regions. These  communities of scholars need to draw upon each other’s work and connect with each other. Non-historians focus on the contemporary and they need to open their studies to the complex contingencies of historical twists and turns. They will then be able to better appreciate the value that the past has on the present as it continues to plague the future.