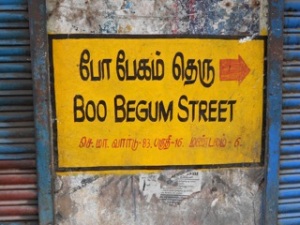 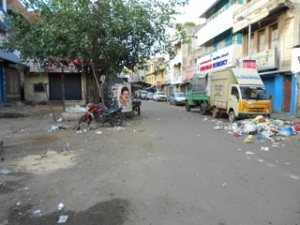 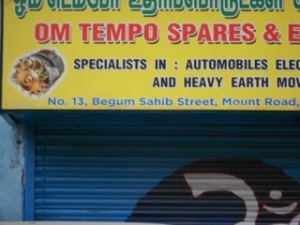 Where is Begum Sahib Road?

Begum Sahib Road, or BooBegum Road, is in Triplicane. It is a small road, which leads off Thiru Vi Ka High Road (formerly known as General Patters Road). 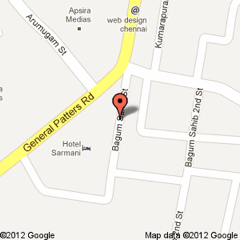 Who was Begum Sahib? 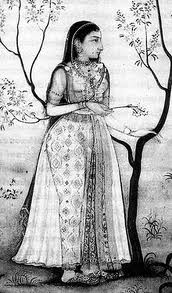 Begum Sahib, or Jahanara, was the daughter of Mughal emperor Shah Jahan and Mumtaz Mahal. She was born in 1592. When Mumtaz died in 1631, Shah Jahan was heartbroken. Jahaara took over his duties in the royal household, and became the peacemaker in the family. As the eldest daughter, she took command of the household, and thus earned the title ‘Begum Sahib’ – Princess of Princesses.

Shah Jahan frequently took his daughter’s advice and consulted her on matters of state importance. It was at her insistence that Shah Jahan engaged in philanthropic activities, helping orphans, widows and the poor.

Janhanara was an intellectual, and well read in Persian and Arabic literature.

In 1644, Janhanara suffered severe burns when her skirt caught on fire. It is a testament to her father’s concern for her that he was so worried that state affairs to second place to his daughter’s health. For months she battled death, and was finally cured by a European physician. Shah Jahan was so grateful that he granted the doctor’s country (which is not mentioned) permission to trade in India. It should be noted that in the end, Jahanara’s sores were healed by an ointment prepared by a slave – Arif. Overjoyed by her recovery, Shah Jahan showered Jahanara with costly jewels and other presents. He even restored Aurangzeb to his former rank at her recommendation (he had earlier stripped Aurangzeb of his titles when Aurangzeb rebelled against him).

Though a highly guarded royal princess, Jahanara occasionally managed to smuggle young men into her chambers. It is unfortunate to note that, if found out, these young men were put to death by a furious Shah Jahan!

In the war of succession between her brothers, Jahanara supported Dara. When Aurangzeb claimed the Mughal throne, she visited his camp with a peace proposal from Shah Jahan – who offered to divide the kingdom into four, one for each brother. Aurangzeb ignored this, and imprisoned his father.

A loyal and affectionate daughter, Jahanara accompanied her father during his incarceration. She tried in vain to reconcile father and son. However, on Shah Jahan’s deathbed, she extracted a formal pardon from him for Aurangzeb. Jahanara fulfilled her father’s dying wishes by caring for his other queens and surviving daughters.

In spite of the fact that she had not supported him during the succession war, Aurangzeb’s respect for Jahanara led him to restore her as the first lady of the Mughal court after Shah Jahan’s death. As the first lady, she was permitted to criticize Aurangzeb and speak plainly to him about state affairs. She arranged the marriages of the younger generation. She even wore clothes that were no longer permitted for women under Aurangzeb’s regime, such as the salwar kameez.

Jahanara was also an architect. She had a hand is the design of the Taj Mahal, and commissioned Chandi Chowk. She was a poet and a painter.

Jahanara never married (as was the tradition among Mughal princesses), and died on September 6th, 1681. She is an icon today, an example of a woman who had power and liberty at a time when royal women were usually dissuaded from stepping into public life.