Our WHRT speaker on July 14th was Gulika Reddy. Gulika Reddy is a human rights lawyer and also the founder of Schools of Equality, a nonprofit which runs programmes in schools, encouraging students to think about equality and diversity.

Gulika began by tracing her own interest in human rights law, particularly women’s rights. In her early years in the profession, she often heard certain lawyers justify domestic abuse and ask victims to let it go, in order to “save the institution of marriage”. This discourse brought home the importance of women’s rights and discrimination and violence against women. After regular interaction in the social justice sector, she started Schools of Equality to provide experiential and activity based learning to help increase awareness on gender based discrimination and violence.

Gulika then introduced the audience to two activities that they used in schools.

In the first activity, the audience was asked to talk about what words came to their minds when they heard the words “masculinity” and “femininity”. The responses ranged from muscular, bold, strong, assertive to fragile, lucky and non vulnerable for the former; and dainty, shy, fragile, passive, hysterical, emotional and nurturing for the latter.

For the next activity, the audience was asked to get up and walk around and find a partner, and ask and answer the following questions:

The responses ranged from nurturing children, housework, dressing up and cooking (for the first two questions), and sitting in a particular way, having to justify things for the last question. The audience was then asked how such issues could be combated. Two members shared experiences of how they broke such stereotypes, by calling out rigid and sexist office rules, and by teaching their own children and family members about problematic mindsets.

Gulika continued the session by talking about her work at the schools they interacted with. Schools of Equality does sessions for children, parents and teachers; and she spoke about the different issues and situations that crop up while interacting with each target group. She noted that for children below a certain age, they mostly did sessions on bullying; while for older children they focused on sex education and gender identity awareness. SoE started off with two schools and did a baseline survey, after which they started taking workshops to different places; and now they operate in both Tamil Nadu and Andhra Pradesh.

Gulika went on to emphasise the importance of having conversations with people about issues of gender, regardless of how averse they may be to the topic. She talked about how sometimes in classrooms, when students open up about certain issues they’ve faced, their peers learn a lot more from the sharing of experiences rather than textbook material on awareness. She then opened the floor for questions, and had small discussions on issues of scaling, combining training teachers and teaching students, and the relevance and utility of law in the battle for social justice. The session ended with some informal discussions within the group.

This report was compiled by Malavika Ravi. 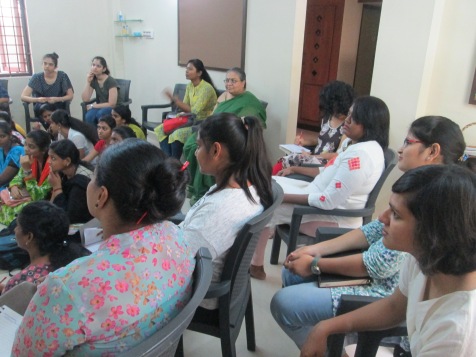 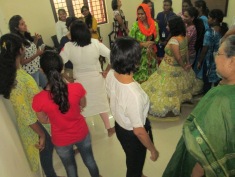 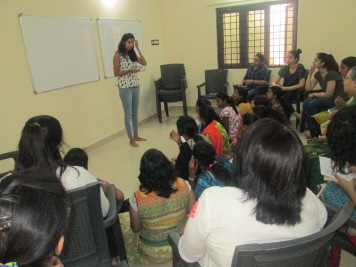 One thought on “Women’s History Roundtable July 2018: Gulika Reddy on Gender and Activism in Schools and Beyond”